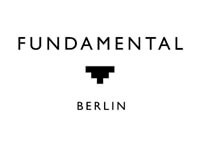 Fundamental Berlin was born from Gunnar and Stephen who met while studying architecture in Berlin. Their designs, which they explain in a 5-point manifesto, are developed based on the fascination they feel for the mathematics of nature, their beliefs about spaces and things that surround us.

Gunnar and Stephen met each other studying architecture in Berlin, where they graduated in 2006. They have developed a special fascination for the mathematics of nature through the work they have done in different studios in London, Berlin and Los Angeles. In 2011 they began to produce furniture at the same time that they continue to develop their profession as architects, and since then, they have not left behind. They love experimenting with new ways of how to use materials and playing with patterns and colors. Fundamental Berlin is a reflection of their beliefs about spaces and the things that surround us. Therir products are defined through their 5 point manifesto. They are patterns that grow in the mind, forgive your mistakes freely, order follows a hierarchy, happiness is the size of repetition and, make and fix. We like them for its simplicity and at the same time its complexity in structures or frameworks. For the personal touch that we can give to their products and for the light they reflect.